By Web ManagerMarch 9, 2022No Comments

Bowantz Bushfire & Environmental, in co-operation with Shoalhaven City Council, have been undertaking Bitou bush control works along the dunes of Cudmirrah beach.

Cudmirrah Beach is 3 km long extending southwest from the headland at Sussex Inlet to the mouth of Swan Lake. The beach is backed by active sand dunes including several large blowouts extending a few hundred metres inland.

Cudmirrah Beach, Swan Lake and the adjacent townships are bordered by Conjola National Park, home to the Budawang and Yuin people for about 6000 years. There are many significant cultural sites in this area, including middens, campsites and rock shelters.

The beach, dunes and adjacent Swan Lake are crucial habitat for many endangered species such as the Eastern Hooded Dotterel that eats tiny invertebrates from the sand near the water’s edge and lays their eggs in the adjacent backing sand dunes.

Swan Lake is classed as a back-dune lagoon with an intermittently closed connection to the sea and is one of three adjacent lakes in the area that provide valuable habitat for a diverse range of plants and animals. Intermittently opening and closing coastal lagoons (ICOLLs) such as Swan Lake play an important role in the life cycle of many aquatic animals such as Mullet, Bream and Prawns that can grow to large sizes in closed lagoons. This improves their chances of surviving and reproducing when the lagoon subsequently opens and they make their way into coastal waters. 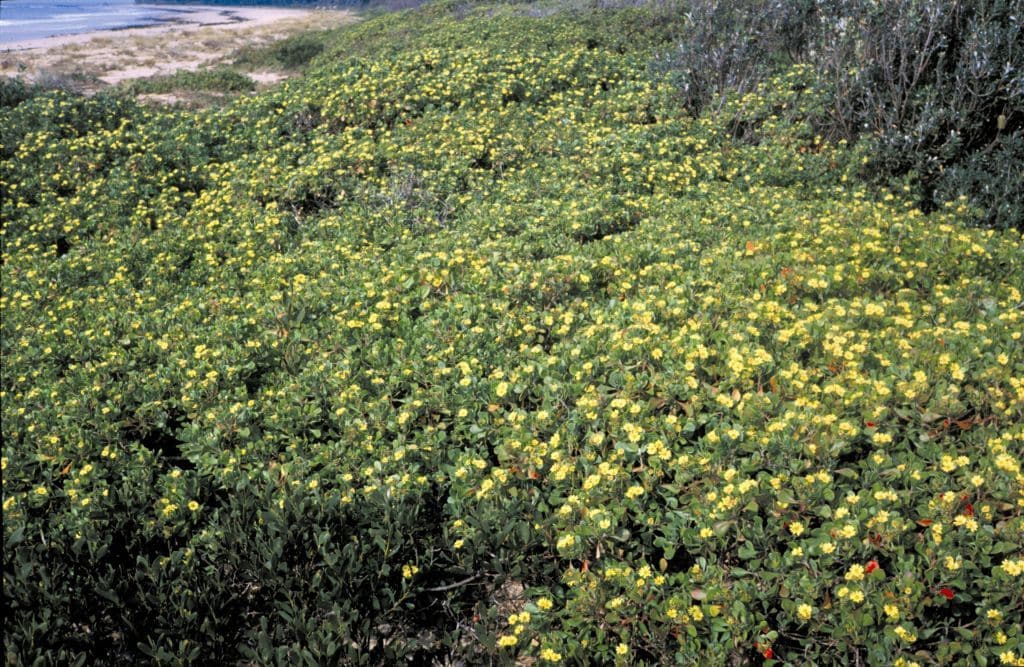 Stands of Bitou Bush reduce the aesthetic appeal of natural environments and reduce recreational access to beaches and along walking trails. Bitou Bush was listed as a Weed of National Significance in 1999 and as a key threat to biodiversity in NSW.

Bitou bush displaces the dominant plants in communities it invades, for instance Coastal Wattle (Acacia sophorae) on coastal dunes, and leads to a decline in floral biodiversity, as well as changes in the diversity of birds, indigenous mammals and ground-dwelling insects.

Stands of Bitou Bush may also foster sites that harbor pest animals, such as foxes and introduced birds, which feed on and disperse the seeds. These pest species also shelter under Bitou Bush canopies and prey on native species such as the critically endangered Eastern Hooded Dotterel.

The Eastern Hooded Dotterel (Thinornis cucullatus) is a small to medium-sized, stocky shorebird with short bills, large eyes and a rounded head. It is unmistakable in having a prominent black hood and throat, a white collar, and a contrasting black-tipped red bill, a red eye-ring and short orange legs. They mainly occur on wide beaches backed by dunes with large amounts of seaweed and jetsam, creek mouths and inlet entrances. Nests are found above the high-water mark on flat beaches, on stony terraces, or on sparsely vegetated dunes. Eastern Hooded Dotterels regularly use near-coastal saline and freshwater lakes and lagoons. 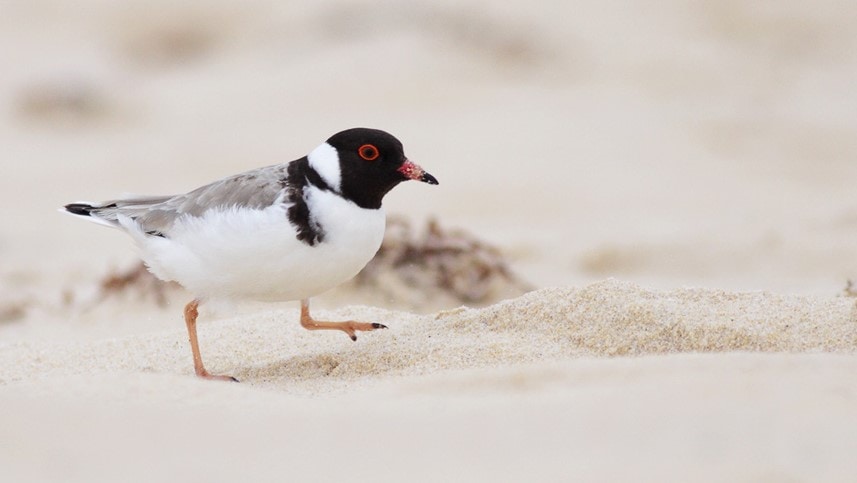 The Eastern Hooded Dotterel is listed as critically endangered in NSW and whilst usually seen singly, in pairs or in small family groups depending on the time of year, a group of 16 Eastern Hooded Dotterels was recorded at Cudmirrah Beach by National Park and Wildlife Service. This is the largest group recorded in NSW for some time and shows the importance of this habitat for the future protection of this and other species.

Get in touch today if you have a regeneration project you would like to discuss with us.